Sometimes the truth is stranger than fiction.

The date is February 5th, 2019 and this story begins with the sister of Frank Talerico, the owner of the Ocean Manor Beach Resort Hotel in Fort Lauderdale, having a bad dream. The dream so touched her and preoccupied her mind that she began praying on the hotel property, seriously praying.

“She’s like, ‘You know what? It’s not that big of deal. I just had a bad dream and a bad feeling, so I wanted to come here and pray,’” Frank continues, “I said, ‘OK, thanks for doing that.” 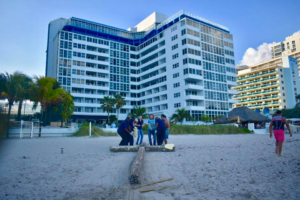 It took seven people and two ATV’s to move the cross up to the hotel.

Frank didn’t think it that big a deal.

But that would change a few hours later when a huge wooden cross was spotted by a guest in the surf near the hotel’s Tiki Bar.

“I couldn’t believe that it was washing up on our feet right in front of us,” said Greg Gay, who was there visiting from Michigan.

Some might call it coincidence or divine intervention. But Frank told reporters he considers the cross a sign of protection.

“I had goosebumps. I was astonished,” said Frank. 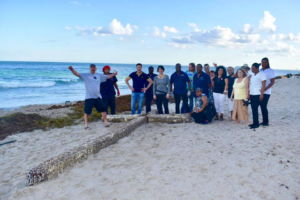 As such, Frank said the cross is not going anywhere anytime soon.

“You know what? I’m glad it’s here,” he said. “It’s staying here, and if anybody wants to come see it or take a picture with it, they’re more than welcome.”

Frank – we just might take you up on that.

Update!  —  From the Miami Herald:

On Wednesday afternoon (February 6th), Robin Stowe called the Miami Herald to shed some light on the mysterious arrival. 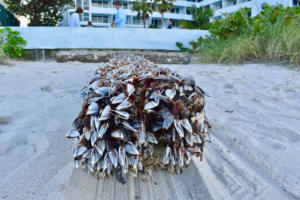 The cross, Stowe said, was erected as a memorial to her brother, Capt. Richard Baran, who disappeared while on a solo hunting trip in the Hatteras Inlet in North Carolina in January 2016. The Coast Guard suspended its search after covering 33 miles over eight hours.

“I think it might be my brother’s cross from the Hatteras in North Carolina,” Stowe said. “A bunch of his friends went out there and Capt. Aaron Aaron built that cross and put it on the island.” (Yes, Aaron’s surname and first name are one and the same.)

In April 2016, she said Aaron and the group put the cross up on Dredge Island not far from where Baran’s boat was found with his hunting gear still on board.

Putting that cross up as a memorial, she said, “was a labor of love and means a lot to us. We’d love to get it back.”

She believes Hurricane Nate, which brought winds and rains to the Cape Hatteras region in October 2017, may have swept the cross off Dredge Island and that it’s been at sea ever since.

A group of friends put up a cross as a memorial to their friend, Capt. Richard Baran, who disappeared while hunting in the Hatteras Inlet in North Carolina in January 2016. 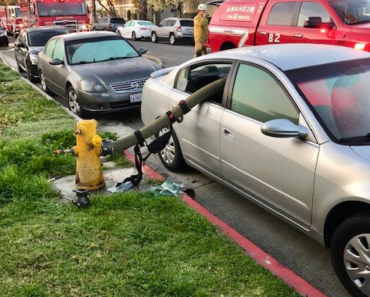 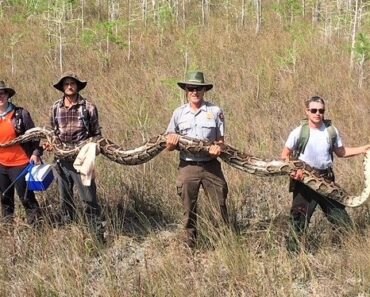 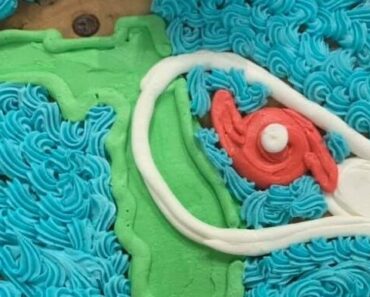 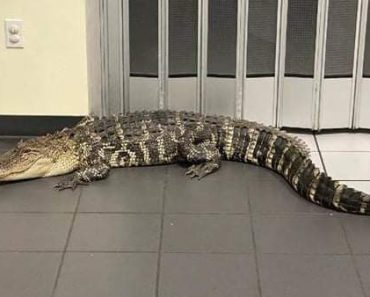 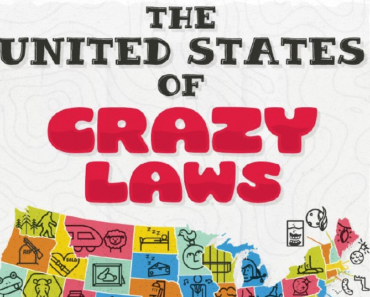