Over 100 years ago, ….on April 4th, 1919 to be exact, during a spring training game – against major league pitching – at Plant Field in Tampa, Herman Babe Ruth hit his longest home run ever. According to a historic marker placed at the site, the ball traveled 587 feet. Just to put that in perspective, the left field wall at “Tropicana Field” in St. Pete and home of the Rays, is only 315 feet from home plate.

The monstrous shot was hit during a spring training game between the Boston Red Sox and the New York Giants with Babe Ruth playing for the Red Sox and George Smith pitching for the Giants. The historic ball was given to evangelist Billy Sunday who was holding a revival in town. Sunday had played pro-ball and that day had thrown out the ceremonial first pitch for the game.

Plant Field is long gone, bulldozed to make way for John Sykes College of Business that is now the campus for the University of Tampa. But we do have photographs of the field from that era, we know the trajectory of the ball, and — as mentioned before — we have a Florida Historic Marker placed approximately where the ball landed.

But Tampa may not be the site of Ruth’s longest ever homerun. That rightful claim might actually be Tampa’s sister city across the bay, St. Petersburg.

It was 15 years after the blast at Plant Field. The “Bambino” was 39 years old and would only play one more year in Major League Baseball. Despite his age and physical ailments, Ruth was having a spectacular spring training and hitting with power.

On March 25th, 1934, at Waterfront Park in St. Petersburg, in a game between the Yankees and the Boston Braves, Ruth hit a crushing homer off Braves pitcher Huck Betts that towered out of the park — hitting the ground just in front of the West Coast Inn located on the SW corner of 3rd Avenue and 1st Street.

Burt Whitman, writing for the Boston Herald described the shot, “The crowd of 1,200 got the customary home run treat from Babe Ruth. He socked a Betts pitch 10,000 leagues to right field… far over the canvas and almost into the West Coast Inn [SW corner of 3rd Ave. and 1st St.], where the Braves live between games.”

In 1948, Ruth, sick with oral cancer, returned to Waterfront Park and when asked what his greatest accomplishment there was, he replied, “The day I hit the …. (expletive) ball against that…(expletive) hotel!”

Whether it really rolled up against the hotel has been debated for years. But if it did, the ball would have traveled more than 600 feet. In 2008, the distance was surveyed and verified by the George F. Young Company, a Civil Engineering and Surveying Company. Measuring from the old home plate location at Waterfront Park to the closest part of the now demolished West Coast Inn produced a verifiable distance of 624 feet.

It’s been argued that Ruth hit home runs that were just as long if not longer in Pennsylvania and California. However, those home runs were against amateur pitching. The Tampa and St. Petersburg homers were against Major League pitchers, albeit exhibition games. While the exact distance may never be known for both homers, there is no doubt they were epic. Ruth’s longest home run in a regular season game came against Ty Cobb’s Tigers in July of 1921 and was estimated between 575 and 600 feet.

What can’t be argued with is that the “Great Bambino” defies rational analysis when it comes to distance home runs. He set distance records in every major league ballpark. In 1921, he hit at least one 500-foot home run in all eight American League city ballparks. In all of the history of baseball, no one has hit as many “distance” home runs as the “Bambino.”

Another fact that can’t be argued with is that at Waterfront Park in St. Pete, where the Yankees trained each spring from 1925 to 1934, in batting practice and intra-squad spring training games, Ruth regularly splashed balls into Crescent Lake. A distance that at its closest point would have been between 500 and 600 feet. Ruth is the only player known to have put a ball in the lake at this ballpark.

We could go on and on, as there has been more written about Babe Ruth than any other player in the annals of sports. While much of what was written was sprinkled hyperbole, the sheer volume of coverage – multiple writers covering and describing the same events — has allowed historians to ascertain specific facts surrounding his gargantuan home run blasts.

Other cool facts (or not so cool) that might interest you about Herman “Babe” Ruth: 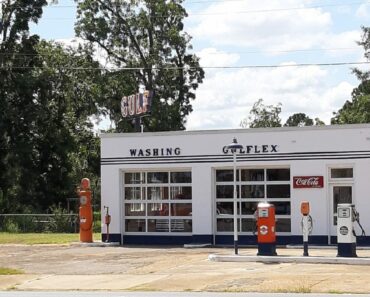